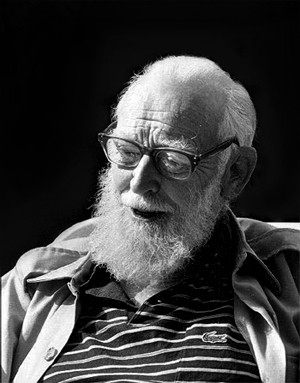 DUSK ON THE BAY

Earle Birney, twice recipient of the Governor General’s Award, recipient of the Stephen Leacock Medal for Humour, the Lorne Pierce Medal for Literature, the Canada Council Medal for outstanding achievement in the arts and Officer of the Order of Canada.

Earle Birney’s body of literary work includes: books of poetry, two novels, a stage play, numerous radio dramas, memoirs and essays. His volumes of literary works, together with his lifetime commitment to promote the art of writing as an essential creative and spiritual force in human life, lives on and continues to inspire artists of all ages in our city, in British Columbia and across the country.

A dramatic interpretation of the poems featuring our artists-in-residence, Ruth McIntosh and Lisa Waines,
directed by Thomas Novak.